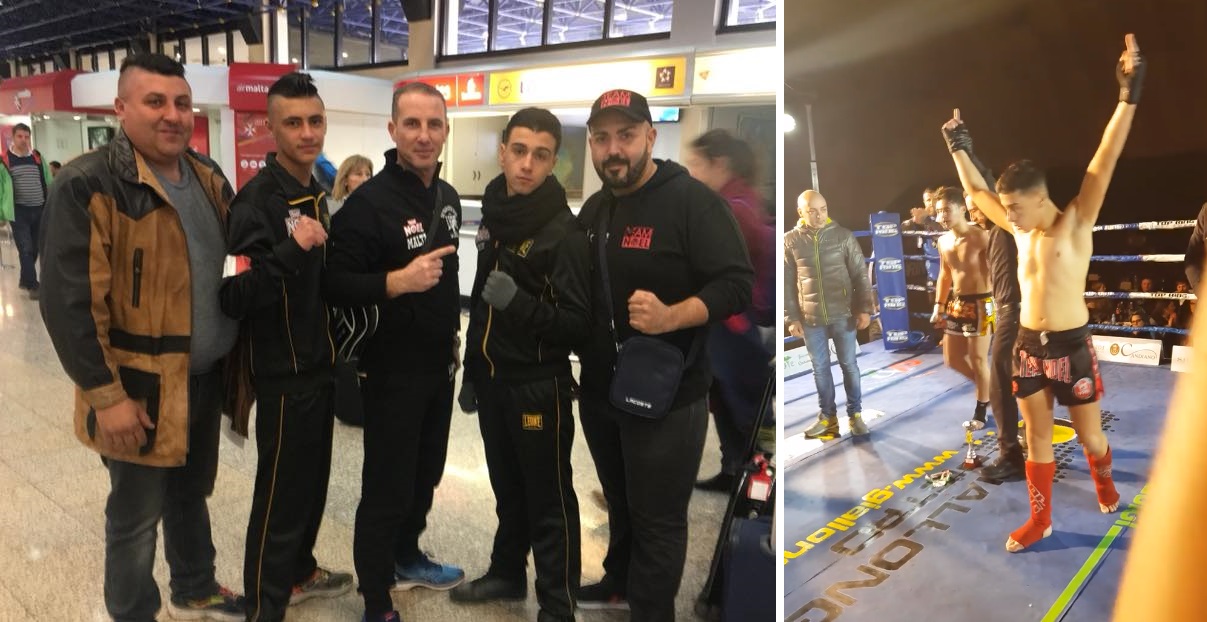 16 year old Mangion, who trains with Team Noel, competed during the Evolution Fight event held in Rosolini on the 21st of January.

He fought a K1 bout during which he dominated all the rounds, and subsequently won over his Italian adversary by the judges’ unanimous decision. Despite his young age, Mangion has a record of 21 fights with only two losses.

During the same event Malta was also represented by 17 year old Justin Pace.

Pace, who also trains with Team Noel, fought a K1 bout against an Italian athlete. Pace lost the first round but dominated the second one. Pace’s fight could have easily been declared a draw, but the Italian athlete ended up winning by a split decision.

Master Noel Mercieca expressed his satisfaction with the two athletes’ performance, and said that he looks forward for more opportunities for young athletes to fight abroad.