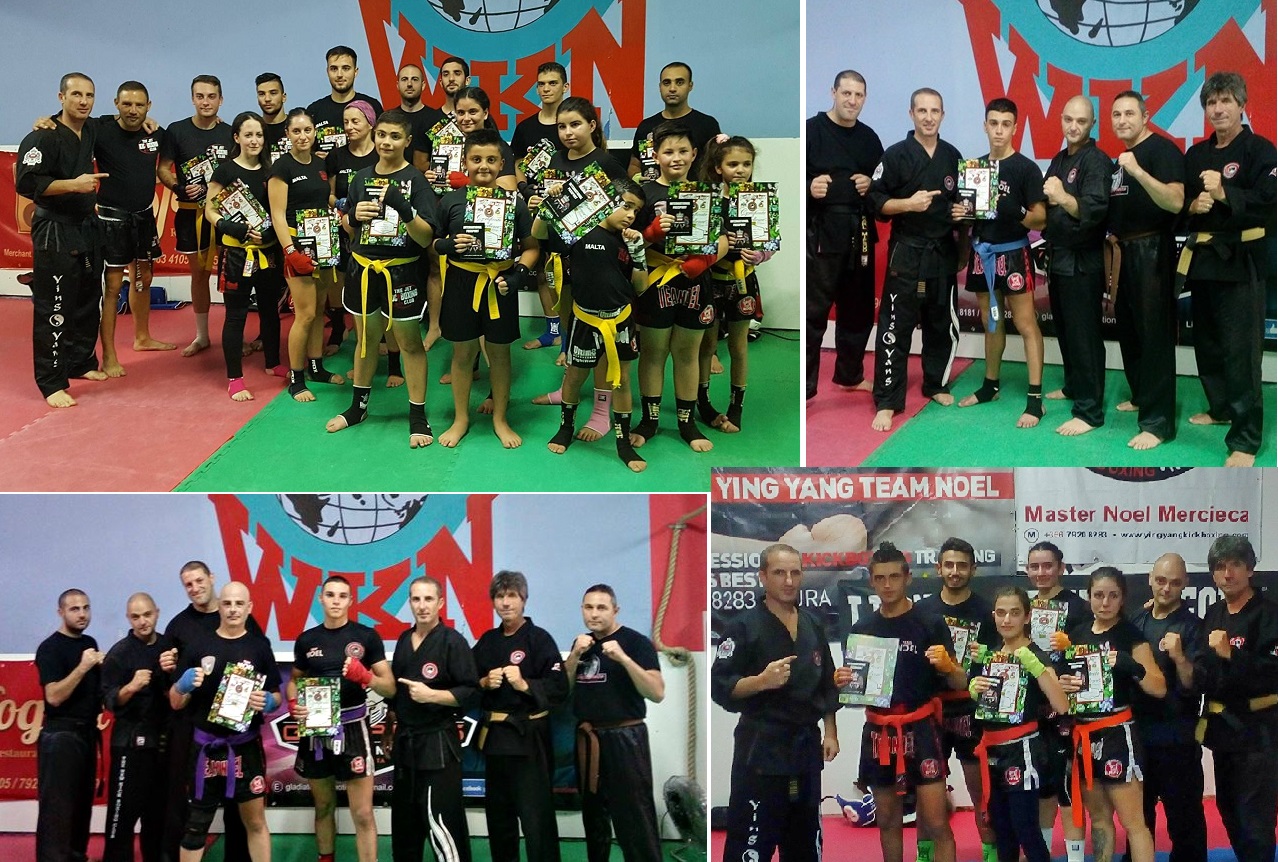 A total of 31 athletes from Ying Yang Club – Team Noel, obtained a higher grade in kickboxing during an exam held under the auspices of the World Kickboxing Network (WKN) on Sunday 5th November.

The exam, which was held at Ying Yang Club in Fgura, was directed by Kancho Adrian Axisa, and was attended by athletes from five local kickboxing clubs.

Some of the athletes who obtained a higher belt during this exam had just fought and won the previous week during Gladiators Fight Night 18. These included Diane Schembri, Justin Pace, Julian Mangion, and Jesred Piscopo, with the latter clinching a WKN title.

In all there were twelve athletes from Team Noel who obtained a yellow belt, eleven obtained an orange belt, five a green belt, five a blue belt, one a violet belt, and two a brown belt. 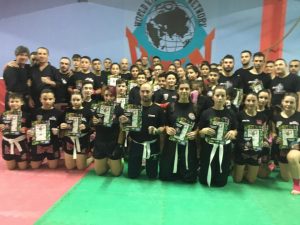 The athletes training with Master Noel Mercieca who obtained a new belt were: