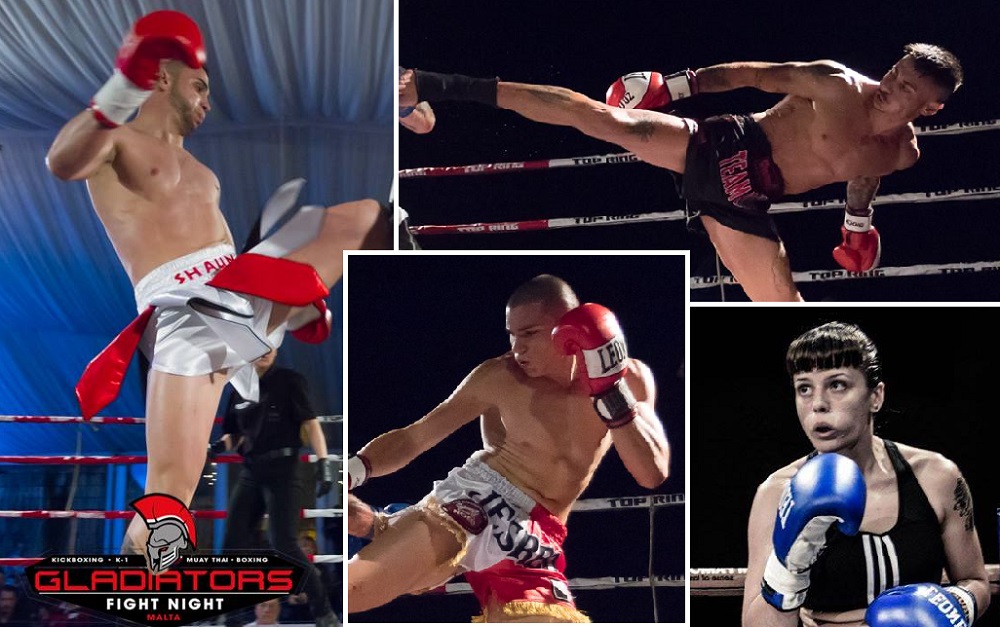 This month Malta will be hosting kickboxing athletes from Northern Ireland, Italy, Sardinia and Switzerland to compete against their Maltese counterparts for the 18th Gladiators Fight Night.

During this event Malta’s 20 year old Jesred Piscopo will be fighting for the World Kickboxing Network PRO/AM European Title in K1. Piscopo will compete in the Lightweight category against Sardinia’s Guliano Lai.

A number of Professional fights have also been confirmed, among them the new European K1 champion. Keith Azzopardi, who has just won the WKN lightweight title in France, will be fighting Alessandro Caredda from Sardinia at 62kg in a 3×3 bout.

Professional kickboxer Shaun Falzon will also fight an anticipated bout against Federico Spada, also from Sardinia. Falzon, who in July won the Gladiators Title Belt dedicated to the late champion Reuben Azzopardi, will fight a 3×3 K1 bout at 75kg. 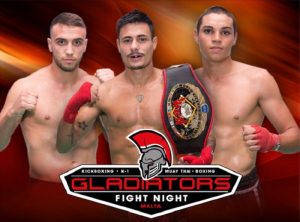 Other highlights include World Boxing Union champion Diane Schembri, who after a series of boxing matches will now be using her kickboxing skills once more in a 3×2 bout against Rowena Bolt from Northern Ireland.

The event will also include a rematch between Maltese athlete Aiden B Catania and Killian Emery from Switzerland, which will take place in 3×2 K1 bout.

The fight night, which will be held at Corradino’s Sports Pavilion on Saturday 28th October, will kick off as early as 4.00 pm with around three hours of bouts between Maltese and Northern Ireland athletes.

After a short break , the event will than proceed with the local, international and professional bouts until late. As is customary, the WKN title will be contested in the final bout.

Tickets may be obtained from Team Noel – Ying Yang Club Fgura and from Malta Thai Boxing Gzira. More information available on the Gladiators Promotions Facebook page or through the organisers Nicklas Elfstedt (79500160) and Noel Mercieca (79208283).