Kickboxing: 35 athletes from Team Noel obtain a higher belt, including a Black Belt

A total of 35 athletes from Ying Yang Club – Team Noel, obtained a higher grade in kickboxing during an exam held under the auspices of the World Kickboxing Network (WKN).

During the exam a Black Belt was also obtained by 19 year old athlete Dejan Briffa, who has been training with Master Noel Mercieca for the past six years. To date Briffa has competed in six kickboxing and boxing bouts.

The athletes from Team Noel who obtained a new belt were: 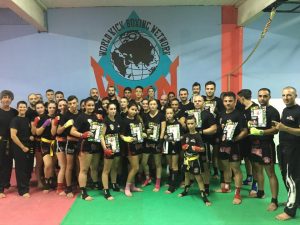